Occasionally, the media gets it wrong…

ALERTS Clarification on Paymentology 21 Oct 2020 The DFSA notes several recent news articles stating that the DFSA has issued a financial services license to a company named “Paymentology.” These articles are not correct. Paymentology is not, and never has been, a DFSA Authorised Firm.   To ascertain whether a firm […]

Not announced with a press release – i had to find this in press reports… The Department of State is committed to fully implementing sanctions authorities in the Protecting Europe’s Energy Security Act of 2019 (“PEESA” or “the Act,” Title LXXV, National Defense Authorization Act for Fiscal Year 2020, Pub. […] 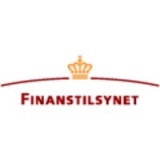 Statement on inspection in Capital Four Management Fondsmæglerselskab A / S (money laundering area) In September 2020, the Danish Financial Supervisory Authority inspected Capital Four Management Fondsmæglerselskab A / S. The inspection was an investigation of the money laundering area. The inspection included the company’s customer knowledge procedures as well as monitoring […]

Even Warren Buffet is not beyond OFAC’s reach…

I think I like it better with the exclamation points… New episode of Mr, Watchlist’s DesigNation – delving below the sensationalist reporting on the FinCEN Files. Hint: I don’t think it should be as fear-inducing as BuzzFeed News and ICIJ would like it to be. After all, I think we’ve […]