Darn time zones! OFSI adds 14 to Russia sanctions while I was asleep…

Fixer-upper no more: UK prohibits maintenance for oligarchs and their stuff 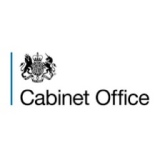 US & UK statements on hacking charges for Russian government employees

Many ways to fight disinformation… 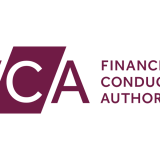 Joint statement from UK financial regulatory authorities on sanctions and the cryptoasset sector Statements First published: 11/03/2022 Last updated: 11/03/2022 Share page The UK, in partnership with our allies across the globe, has imposed an unprecedented package of economic sanctions on Russia and Belarus, in response to Russia’s invasion of Ukraine on 24 February. […]

Another day, another raft of OFSI changes

Death of a thousand cuts… no more UK/RU tax cooperation (for now) – oh, and Belarus, too

News story UK suspends tax co-operation with Russia The UK today (Thursday 17 March) announced it is suspending the exchange and sharing of tax information with Russia and Belarus as part of continued efforts to inflict economic pain on President Putin’s regime.From:HM TreasuryPublished17 March 2022 The UK has suspended all […]

You were wondering about the “urgent procedure” in that massive Russia update to the UK Consolidated List? Well, Foreign Secretary Truss confirmed my suspicions: The vast majority of today’s designations are made possible under the Economic Crime (Transparency and Enforcement) Act, which has Royal Assent. This has given the government […]