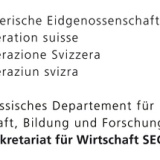 OFAC adds & updates DPRK listings (and one Syria-related one, too)

Had to do the math to check if the 2 Syria-related designations were included… Syria Sanctions Designations on the Anniversary of Assad’s Attack Against the People of Douma, Syria PRESS STATEMENT MICHAEL R. POMPEO, SECRETARY OF STATE NOVEMBER 9, 2020 Share Today, the Department of State and the Department of […]

Eight Syrian ministers added to EU sanctions list The Council today decided to add eight members of the Syrian regime to the list of persons subject to EU restrictive measures on Syria, in light of their recent ministerial appointments. This decision brings to 288 the total number of persons targeted by a travel […]