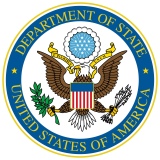 Imposing Sanctions on Entities and Individuals in Response to Iran’s Transfer of Military UAVs to Russia PRESS STATEMENT ANTONY J. BLINKEN, SECRETARY OF STATE NOVEMBER 15, 2022 Today we are imposing sanctions in response to Iran’s support of Russia’s unprovoked war against Ukraine, including Tehran’s transfer of unmanned aerial vehicles […]

Sanctioning Senior Officials of Iranian Broadcaster PRESS STATEMENT ANTONY J. BLINKEN, SECRETARY OF STATE NOVEMBER 16, 2022 The United States is designating six individuals for acting for or on behalf of the Iranian state-run media corporation, the Islamic Republic of Iran Broadcasting (IRIB).  IRIB was previously sanctioned for its involvement […] 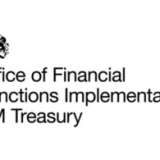 The listings are identical, but the CAYFIN one obviously includes stuff like its contact info (instead of OFSI), but we’ll just show the OFSI one here (and you at least know CAYFIN also implemented these);

Iran: EU adopts additional sanctions against perpetrators of serious human rights violations The Council today added 29 individuals and three entities to the list of those subject to restrictive measures in the context of the existing Iran human rights sanctions regime. This is in view of their role in the death of Mahsa Amini […]