How to tell what’s a business & what’s a hobby: Sorry, I was on vacation when this happened… 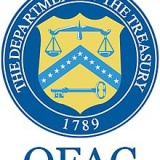 On Friday, OFAC did something new: it issued the following Russia-related Alert on the Impact of Sanctions and Export Controls on Russia’s Military-Industrial Complex (although it does say it’s a joint alert from State, Treasury & Commerce): It also issued a new Frequently Asked Question (FAQ) – #1092: 1092. Do non-U.S. […]

From the sidelines of the G-20: More Canadian sanctions on Russia

Many ways to fight disinformation…