EU sanctions against chemical weapons renewed for one year The Council today decided to extend the restrictive measures against the proliferation and use of chemical weapons for an additional year, until 16 October 2022. The current sanctions regime was first introduced in 2018 to target individuals and entities directly responsible for […]

August 20, 2021: this is what happens when you try to beat Friday traffic…

Holding Russia to Account PRESS STATEMENT ANTONY J. BLINKEN, SECRETARY OF STATE APRIL 15, 2021 Share Today, we announced actions to hold the Russian Government to account for the SolarWinds intrusion, reports of bounties on U.S. soldiers in Afghanistan, and attempts to interfere in the 2020 U.S. elections. We have […] 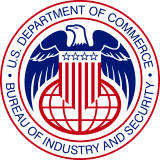 U.S. Department of Commerce to Expand Restrictions on Exports to Russia in Response to Chemical Weapons Poisoning FOR IMMEDIATE RELEASE Wednesday, March 17, 2021 Office of Public Affairs (202) 482-4883 publicaffairs@doc.gov The Department of Commerce’s Bureau of Industry and Security (BIS) will expand export restrictions on Russia pursuant to a […]

U.S. Department of Commerce Adds 14 Parties to the Entity List for Support of Russian Weapons of Mass Destruction Programs and Chemical Weapons Activities FOR IMMEDIATE RELEASE Tuesday, March 2, 2021 Office of Public Affairs (202) 482-4883 publicaffairs@doc.gov The Department of Commerce’s Bureau of Industry and Security (BIS) is adding […]

1. The Chemical Weapons (Sanctions) (EU Exit) Regulations 2019 (S.I. 2019/618) were made under the Sanctions and Anti-Money Laundering Act 2018 (the Sanctions Act) and provide for the freezing of funds and economic resources of certain persons, entities or bodies involved in the proliferation and use of chemical weapons. 2. […]