The June 3rd Executive Order (E.O.) issued by President Biden essentially replaces E.O. 13959, as amended by E.O. 13974. The Defense Department no longer makes its own designations, although Treasury can consult it (it has to consult State). The new E.O. no longer relies on the definition of “Communist Chinese […]

General License 1A was set to expire Thursday, May 27th… 1B expires Thursday, June 11th. One expects they’re working on some significant revision to the program, and they’re close, but not quite there yet… Stay tuned. Links: OFAC Notice General License 1B

Standards are good… NS-CCMC now conforms to them… 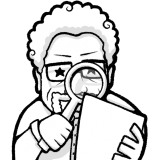 A word to the wise: OFAC’s Non-SDN Communist Chinese Military Companies List (NS-CCMC) is not 100% accurate – and in a particularly unpleasant way. Simply put, don’t trust the Issuer data – verify it for yourselves. While I haven’t done a ton of verification, I can tell you that China […]