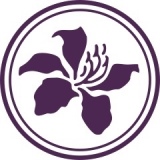 The annual Terrorist Assets Report is out. Some highlights: From Exhibit A (blocked funds from SDGTS and FTOs) Total blocked funds increased from $46.2MM to $63.1MM ($16.9MM increase). However, that is largely to “Other” funds rising from $9.3MM to $32.1MM ($22.8MM increase) Notable increases: Hizballah funds almost doubled ($11.6MM to […]

I was working on a new episode for the podcast, and I wanted to reference the Independent Reviewer’s quarterly report regarding the operation of the Terrorist Asset Freezing etc Act 2010 (TAFA). When I went to the latest one, though, it was just a 2-page statement and summary figures – […]

Takes almost a year to make this report?

Is it all worth it? GAO gives us some ideas…

New TAFA Quarterly Report is out