The Impact of Sanctions and Export Controls on the Russian Federation FACT SHEET OFFICE OF THE SPOKESPERSON OCTOBER 20, 2022 Since Russia launched its unjustified and unprovoked all-out war against Ukraine in February 2022, the United States has worked with Allies and partners around the world to impose an unprecedented […]

How to tell what’s a business & what’s a hobby: Sorry, I was on vacation when this happened…

On Friday, OFAC did something new: it issued the following Russia-related Alert on the Impact of Sanctions and Export Controls on Russia’s Military-Industrial Complex (although it does say it’s a joint alert from State, Treasury & Commerce): It also issued a new Frequently Asked Question (FAQ) – #1092: 1092. Do non-U.S. […] 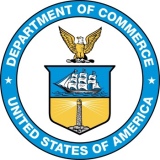 It would be nice had I seen this in an email before getting the weekly digest from Commerce… just saying! Commerce Adds 120 Entities in Russia and Belarus to the Entity List, Further Limiting the Russian and Belarusian Militaries’ Access to Items That Support Aggression Against Ukraine Trade enforcement FOR […]