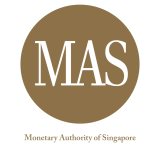 Swedbank fined for serious deficiencies in its measures to combat money laundering 2020-03-19 | PRESS RELEASES MONEY LAUNDERING BANK Swedbank AB has had serious deficiencies in its management of the risk of money laundering in its Baltic operations. This is the conclusion of parallel investigations into parent company Swedbank AB and its subsidiary […]

So, BIOMIN America and its foreign subsidiaries made 30 sales of non-U.S. agricultural commodities to a company in Cuba without getting a license for it. Interestingly enough, those 30 sales resulted in 44 violations of the Cuban Assets Control Regulations (CACR) – my guess is that some of these were […]

Yesterday, UK regulators announced the imposition of 2 monetary penalties against Standard Chartered Bank for Violations of EU Council Regulation 833/2014 (that’s the Ukraine/Russia sectoral sanctions one), and Regulation 38 of the Ukraine (European Union Financial Sanctions) (No.3) Regulations 2014. The total penalty amounts to 20,471,809.83 GBP. The notice notes […]