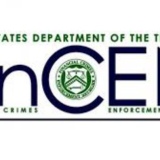 From FinCEN: Treasury Department Issues Ransomware Advisories to Increase Awareness and Thwart Attacks   The U.S. Department of the Treasury today issued a pair of advisories to assist U.S. individuals and businesses in efforts to combat ransomware scams and attacks, which continue to increase in size and scope. The Financial […]

A malicious app a day makes your money go away…