My new article Checking the Bitcoin Box. It’s about the December 2020 FinCEN Notice of Proposed Rulemaking (NPRM) that would make banks and MSBs keep records of transactions over $3000 and report transactions over $10,000 (aggregations over a 24-hour period, too) involving cryptocurrency and “legal tender digital assets” (LTDA – […] 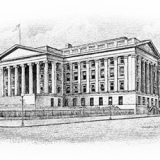 … for the new episode of Mr. Watchlist’s DesigNation, entitled “Withholding Judgment”. Just dropping some basic knowledge about Withhold Release Orders (WROs) and Forced Labor Findings, which come out of US Customs and Border Protection (CBP), part of the Department of Homeland Security. Less commentary than I usually do, but […]

So, BitPay, which “offers a payment processing solution for merchants to accept digital currency as payment for goods and services”, settled 2,102 apparent violations of multiple programs that were considered non-egregious, but not voluntarily self-disclosed. The total value of the transactions involved was only $128,582.61 (and the actual revenue to […]

Mr. Watchlist’s DesigNation is back, after over a month off (there hasn’t been a ton that’s been all that interesting recently, to be honest). But, “A Bit Much?” asks the burning question: why was the BitPay settlement with OFAC (and the BitGo one last year, too, to be honest) so […]