AUSTRAC statement on de-banking (aka de-risking)

AUSTRAC statement 2021: de-banking 29 Oct 2021 The issue of de-banking is a complex global problem. Over the past decade, the range of businesses impacted by a loss or limitation of access to banking services has expanded. Money transfer (remitters), digital currency exchanges, not-for-profit organisations (NPO) and financial technology (FinTech) […]

FATF to study “unintended consequences” of its Standards 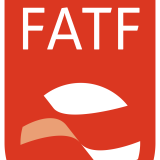 We all know about US regulator’s multiple attempts to discourage de-risking. Now, the Hong Kong Monetary Authority (HKMA) has issued its own guidance on de-risking and financial inclusion. The highlight is really in their first point:   The progressive tightening of international standards in combating money laundering (ML) and terrorist […]